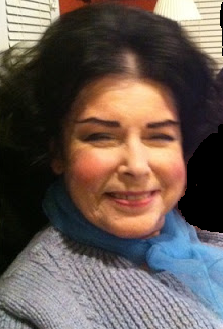 Ms. Stern has provided therapy to children, adolescents, and the elderly and has been awarded the Outstanding Expressive Therapist of the Year. She has worked with the military at Fort Belvoir Community Hospital in Alexandria, Virginia; Walter Reed Army Medical Center in Washington, D.C.; the National Navy Medical Center in Bethesda, Maryland; an American military base in Seoul, South Korea, and also at the Psychiatric Institute Hospital in Washington, D.C.

"There's no formula for this kind of work," she says, of the "less-well-known" therapy of art therapy.

Ms. Stern describes art therapy as an indirect process in which she gently guides patients toward "discovering things about themselves, helping them understand their problems, in a visual way."

Through art, or more simply, "the creation of images," Ms. Stern says, as not everyone considers himself or herself artistic, she has found that people find new ways to understand their problems, enhance their self-knowledge, and heal.

Ms. Stern considers that "creating art may lead you to answers, or at least open up an understanding. You don't have to be an artistic person to benefit from this modality. Anyone can partake of it." She describes that her approach toward patients is "to listen to them, adapt to them, meet them where they are, and bring them first back to themselves and to the new person they are possibly growing into."

"I just love doing this work," she says.

Ms. Stern received her M.A. in art therapy from The George Washington University, Washington, D.C., and her B.A. in anthropology/sociology from Queens College, City University of New York.

Ms. Stern is a member of the American Art Therapy Association.